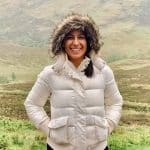 Sweat beads formed on my upper lip as I glanced across the open field nestled amongst swaying palm trees. Geckos, butterflies, frogs, emus and lizards graciously started entering the arena.  Colours began to explode; the chanting became melodic with movements timed like synchronized swimmers. Astonishment spread across my face. A wise looking man, a cultural anthropologist called Doctor Simmet, leant in and whispered, “Wait until you see what’s going to happen tonight.”

After a two-hour flight from Port Moresby and a half hour drive, we arrived at our hotel in Kokopo, East New Britain Province in Papua New Guinea. We were greeted with a cut coconut filled with chilled water accompanied by a lea of perfume scented pink and yellow frangipani. Immediately I felt at ease, contrary to the lectures I had received about the safety of this extraordinary nation.

We woke the following day eager to embark on the first of the two-day inaugural Firedance Festival. Being the first tourists to experience the festival added to the mystery of what was ahead. The anticipation grew during the hour’s drive deep into the wilds of the remote Gazelle Peninsula in north-eastern East New Britain.  For the first time in history we were about to witness 1200 performers from 60 tribes united in Gaulim Village. Upon arrival we were ushered like royalty to our exclusive viewing area amongst the masses of locals. A warm welcoming ceremony by the government dignitaries took place and the cultural performances unravelled before our eyes.

Each tribe entered the scene and told their story via a cultural dance and song. Their choreography was on point and unison with the lyrical sounds of the bamboo instruments. Most performances depicted animals from dreams and recollections of experiences in the tribe’s villages. A medicine man, called a Iarqi, emerged, joined by his assistants and together they performed a remarkable healing ritual. Impressive masks and attire were worn by all performers, made of natural fibres from palm trees, coconut trees, plant leaves, mud and other raw materials.  The acts focused on the planting of the harvest and ensuring that the gods are happy. Our group was welcomed to the front to offer food and shell money to the tribes.

A lean, confident rebellious-looking character appeared with a piece of dried bark from a tree covering only his mid-section and sporting a straw headband around his forehead. He was carrying an inch-thick stick that was lit and smoking, the aroma of charcoal wafting throughout the crowd. With an attitude that was strangely appealing, he put the stick into his mouth, took a chunk out of it, chewed it and blew smoke into the air. He adored the attention and geared on the crowd, pausing for photo opportunities. He looked directly into the videographer’s lenses, cheekily said “yummy” then walked away with a big grin.

During one of the intervals, a few of us got caught up with the vibe and began dancing to the traditional Papua New Guinean tunes. Moments later, we were surrounded by a curios crowd of on- lookers, much like a dodgy nightclub in your younger years. A couple of local women dressed in brightly coloured blouses joined us and the dance-off was on. My competition was a 60- something woman, beaming from ear to ear, her mouth full of vivid red betel nut (buai). Her moves were entertaining, and I was laughing so hard that my mouth hurt. Much to my disappointment, I was defeated, but I was never one to win a dance-off anyway.

As the sun started to set, things began to feel more spiritual. Wood was gathered and a bonfire was lit, the flames rising five metres above the ground. The ceremony, which is sacred to the Baining people of the Gazelle district, was imminent. Tribes circled the roaring bonfire while dancing and chanting. The stars of the show emerged, wearing massive headpieces made of white wood, their duck like mouths protruding and looming eyes staring. Their bodies were covered in white mud. One by one, the fire dancers, known as Linganga, sauntered through the fire bare foot and kicked the wood as if it were dust, seemingly to stamp it out. I watched in awe, amazed they weren’t hurting themselves. They continued until all the flames were put out and all that remained were embers.

At the end of the experience, Doctor Simmetasked “So, what did you think?”

“Never in my life have I experienced such an incredible spectacle” I replied. “Papua New Guinea and its beautiful people have touched my soul, a feeling I will cherish for eternity.” 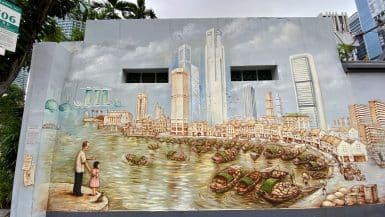 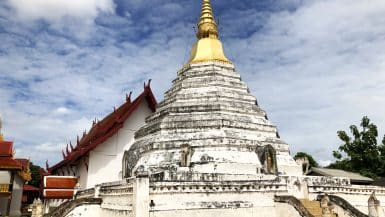 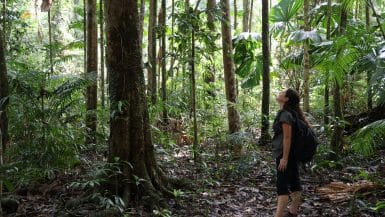