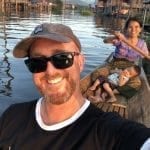 A tale of two cities

When I first visited the Burmese city of Yangon ten years ago it was far from sleepy. Soon after arrival I found myself tucking into a spicy salad of fermented tea leaves, or laphet, at 4am in the morning in a bustling night market. Returning recently there has been simultaneously great change and yet it looks very similar. Great hopes for democracy may have been dashed, but street life goes on and the city still has a shambolic charm and a slow pace unlike many of its regional counterparts.

My hotel back then, was the Governor’s Residence, a Colonial throwback in the best sense of the word and was originally a two-storey teak residence built for one of the governors of Myanmar’s south. Now it is an Orient-Express property run with a keen eye for local colour. Evenings, they have a Burmese curry spread that is one of the best ways to experience the local cuisine that is a mix of salads and rich curries that lean away from the spice of nearby Vietnam and Thailand without sacrificing flavour.

The next day I take a post-breakfast stroll to explore the city. Walking can be a hazardous mode of transport here with few clear road crossings and pavement like a smashed crockery, but you get into groove of things, hopscotching your way past walls covered in voluptuously beautiful Burmese script and quietly wilting Colonial buildings. Cross-legged stallholders sell piles of deep-fried locusts, handmade shop signs and betel nut, that stains teeth dark red.

Up Pyay Road through People’s Park I spy the famous golden dome of Shwedagon Pagoda, the geographical and spiritual heart of Yangon, as well as the scene of some of its saddest and uplifting moments of political struggle

The pagoda (or paya) itself, is 322 feet of gold leaf opulence crowned with more than 1100 diamonds, with another 1300 precious stones studded around the peak.

Sunset is the most popular time to visit as this amazingly extravagant nod to the humble Buddha reflects the changing light, while around its base is something of a Buddhist theme park with many statues, the great man’s footprint and a replica of the Buddha tooth relic in Singapore; adding to the Nirvana-land effect is the Burmese habit of giving their Buddhas LCD halos that pulse in a multitude of colours.

Pilgrims circle the paya clockwise sans shoes and socks and prostrate themselves in front of their deity of choice or pray at the various stations that correspond to the day they were born. The whole area is buzzing with monks, tourists and an inordinate amount of vocal black crows.

When I leave I wonder what the city, in the midst of huge change, will look like in the future.

Ten years later I am excited to be returning to Yangon, this time based at a modern golfing resort just outside of the city limits.

Awei Metta, in the gated community of Pun Hlaing Estate, sits across the Hlaing River from downtown Yangon and is a peaceful collection of housing, country club and the Awei Metta hotel.

The large open reception is hung with dramatic portraits by Belgian artist Christian Develter who has lived and worked in Asia since the 90s. Check-in takes place in the cigar bar where another Develter portrait oversees things from the wall that has teak detailing and comfortable lounges. For non-smokers, you can sit on the deck overlooking the perfectly coiffed golf greens. The hotel has a sleek, modern feel with nods to local culture such as a welcome longyi, a traditional long wraparound sarong worn by men and women.

My stay is the polar opposite of the Colonial digs of ten years ago but I am just as eager to explore the town. Yangon had become a tourist darling in my absence, and then political unrest meant it had not fully realised its potential; I am not sure what to expect.

Instead of walking I am talking the very new Elephant Coach tour that takes you around the former Burnese capital in retro-style. It is modelled on an old troop carrier, but the seats have been reduced to accommodate half a dozen people; the interiors are fashioned from local teak and rosewood, with carved elephants as doorhandles, tiny chiselled hands to hold your curtain aside and sculpted faces to blow cool air onto you – it is a reimagined Colonial extravagance that manages to be both whimsical and comforting, overindulgent and lot of fun.

And we are not even the most interesting thing on the road. The byways are packed with party trucks full of revellers, hanging off the backs of the vehicles, beating decorated bamboo drums, and pumping out dance music. It is the end of Yangon’s Tazaungdaing Festival, the end-of-the-rainy-season festival of light, and the parks are strung with lanterns and fairy lights are twisted into sculptures of animals. On the busy streets the devout queue along the city’s smashed-pavlova pavements to donate new robes to the Buddhist monks.

Our first stop is the Yangon Heritage Trust the organisation tasked with preserving the crumbling past and charting a new future that includes a bold new development to open up the riverside and port.

Back on the bus we make a grand entrance to the Former Secretariat office, driving our Elephant Coach past guards and along the tree-lined walkways on the 14-acre property. Built in 1890 the Secretariat was only recently renovated and had been off limits to the public for decades due to its notoriety. It is hard to believe as the sun hits the blazingly gold façade and locals take selfies on the ornate double spiral staircase, but this building is the birthplace of Burma’s woes.

In July 1947 armed thugs broke into the Secretariat and assassinated Bogyoke Aung San, the man credited with freeing the country from the British, along with his cabinet ministers; they died just six months before Burma was to gain independence. Chaos and a military regime followed.

Now you can stand in the ghostly quiet chamber where the assassination took place and look at black-and-white portraits of the victims lining the duck-egg-blue walls; a tattered national flag looks over the long-empty wooden pews.

After boarding our Colonial coach the mood is more sombre as we once again head out onto past the Yangon Stock Exchange, home to just six listed stocks. The Secretariat was a chapter in Yangon’s history that was closed from locals and tourists alike that is now open for all to see.

Burmese politics may not have changed for the better since my last visit, but neither has my love for this incredible south-east Asian city.

Disclosure: The writer explored Myanmar with assistance from Memories Travel 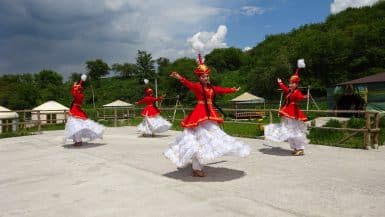 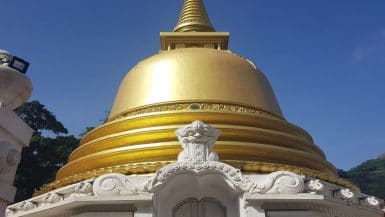 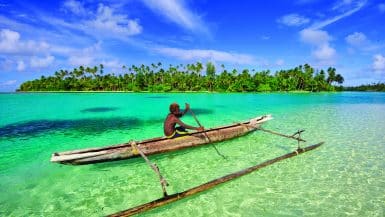